SYRACUSE, IN | NORTH WEBSTER, IN 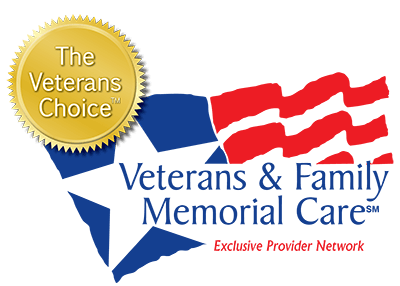 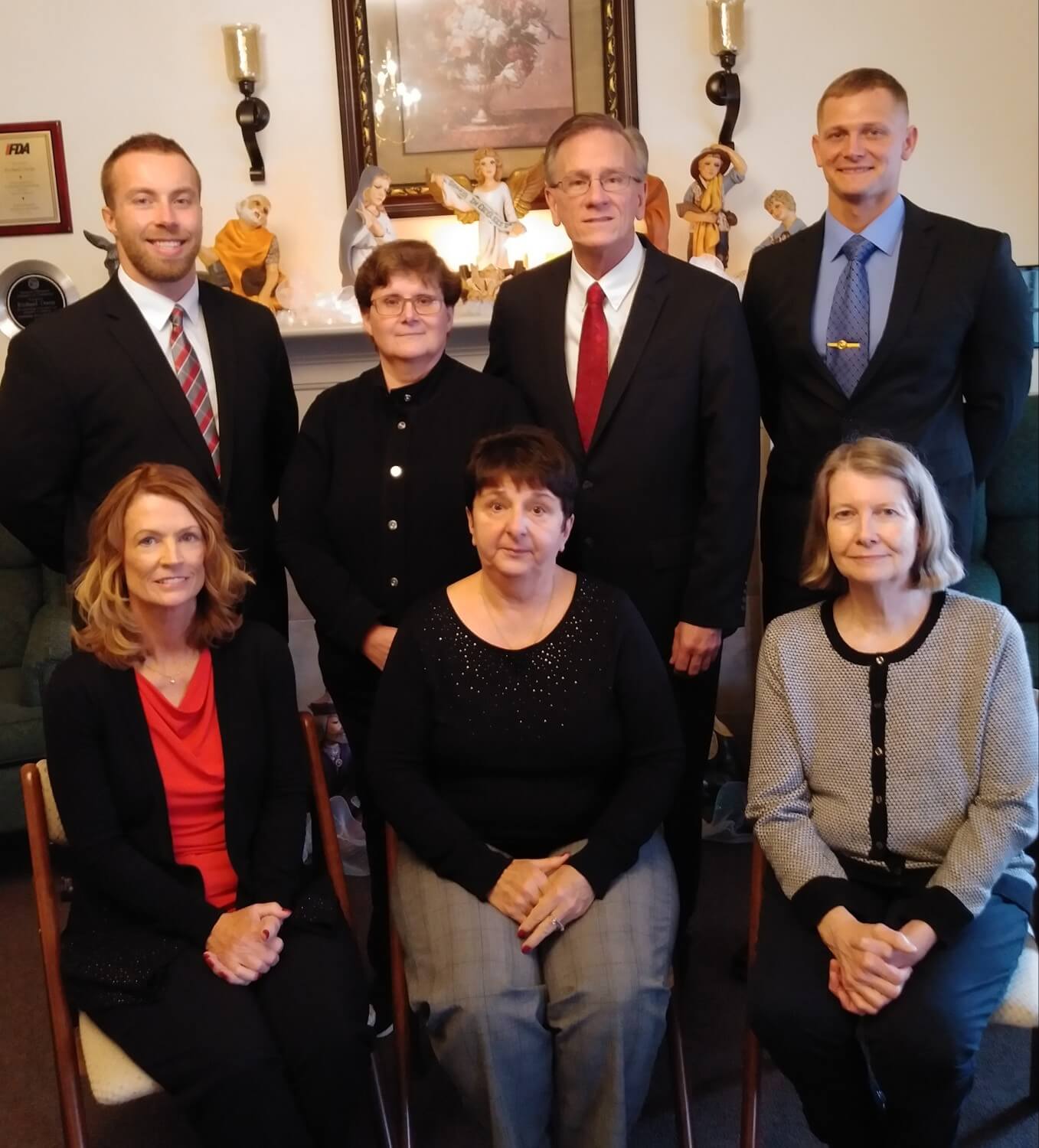 We are proud to introduce our staff members below.

Richard has been a licensed funeral director and embalmer for 34 years, but has worked in the industry for 36 years. After the loss of their infant son, Richard and Kym were very aware of the compassion and professionalism needed during the difficult time of the loss of a loved one. Richard and Kym, are very active in their community and attend the North Webster Church of God. Kym is a former substitute teacher for Wawasee Community Schools and runs the offices at the North Webster funeral home location. Richard is a member of the Syracuse / Wawasee Chamber of Commerce where he formerly served as president, the North Webster Chamber of Commerce, Wawasee Camp of the Gideon's International, Indiana Funeral Directors Association where he formerly served as the State President, Syracuse Cemetery Board of Directors, Lakeland Kiwanis in North Webster, he formerly served on the Tippecanoe Township Advisory Board in North Webster. Kym is a member of the Wawasee Camp of the Gideon's auxiliary. They have 3 children - Kristen (Christopher) Coy, Alex (Autumn) Owen, and Katie (Eric) Cockrill, who assist in the family funeral home operation. They also have 2 granddaughters and 4 grandsons. Richard's goal is to give back to the community that has been so supportive to him and his family. 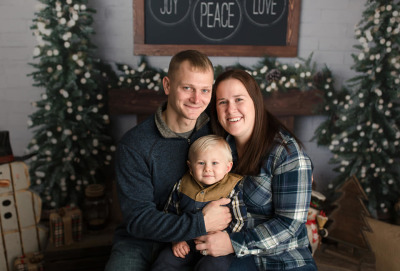 Eric Cockrill joined the firm in October 2009 as a funeral director intern and received his Funeral Directors license in November 2010. Eric is a 2007 graduate of Wawasee High School and is the son of Jennifer Baughman & Gene Cockrill. He graduated from Ivy Tech School of Mortuary Science-Indianapolis with an Associates Degree in Applied Science in August 2009.  Eric works in all aspects of the funeral business, but specializes in preparation, cosmetizing and restoration. He he formerly served in the United States Marine Corps Reserve for 7 years and is currently a 2nd Lieutenant in the Indiana National Guard.

Kathryn J. "Katie" (Owen) Cockrill joined the firm in October 2008 as funeral director intern and received her Funeral Directors license in November 2009. She is the youngest daughter of Richard & Kym Owen and is a 2007 graduate of Wawasee High School. Katie graduated from Ivy Tech School of Mortuary Science-Indianapolis with an Associates Degree in Applied Science in August 2008. She also currently serves as a Staff Sergeant in the Indiana National Guard.

Katie & Eric have one son, Zeke, and currently reside in Milford, IN. 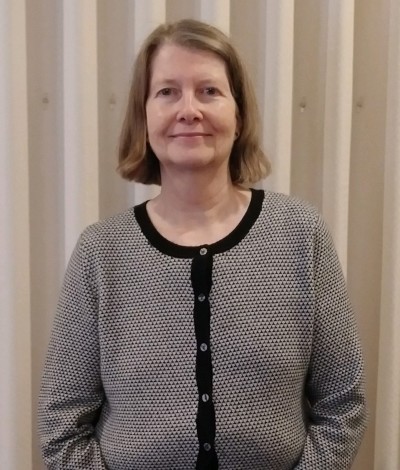 Dawn Calvelage has been a Kosciusko County resident since 1985, moving to Warsaw after graduating from Ball State University with a Bachelor's Degree in Social Work and Criminal Justice. Dawn worked for the Kosciusko County Division of Family & Children's Services until 2000 when she moved to Arizona to attend Mortuary School. In 2002 she graduated from Mortuary School with an Associates of Applied Science Degree in Mortuary Science. Dawn completed her one year internship at the Mishler-Eastlund Funeral Home, Syracuse, where she and her husband lived for one year. Dawn obtained her Indiana Funeral Director's License in 2003 and also holds an Indiana Insurance License for Preneed. In November 2005 she took a position with the Owen Family Funeral Home upon the opening of their Syracuse facility. Dawn is married to Douglas, who is a Global Manager Supplier Quality with Zimmer, Inc. They have four children and eight grandchildren. They are members of the North Webster Church of God. 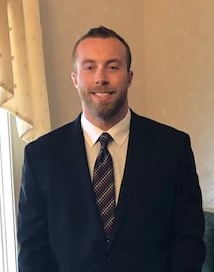 Jacob Rhodes joined the firm in February 2020 after receiving his Indiana Funeral Director's intern license and has now become a licensed Indiana funeral director in March 2021. He grew up in Milford, graduated from Wawasee High School in 2012, and from Mid-America College of Funeral Service in 2019 with an Associate Degree in Applied Science.

Jacob enjoys being outdoors, exercising, and spending time with family & friends. He is looking forward to learning all aspects of the funeral industry in a small town atmosphere! 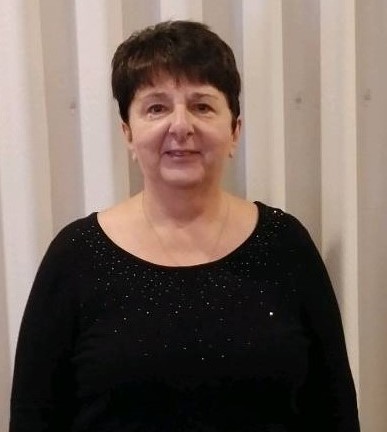 Penny was a former director and teacher of Oswego Nursery School for 10 years prior to joining Eastlund & Mishler Funeral Homes in 1997 where she continued to work for 12 years. She joined the Owen Family Funeral Home staff in September 2009.

Penny is lifelong Syracuse resident and is married to Ken Plikerd. She has two grown children - Ben (Kristi) Plikerd and Kariann (Jason) Yotter and 7 grandchildren, all of Syracuse.

Penny is an active member of Syracuse Church of God where she leads a ladies evening bible study, and serves on the Syracuse Cemetery Board.

When asked why she works at the Funeral Home she responds "I feel that working with the families has given me a ministry to serve God and my community." 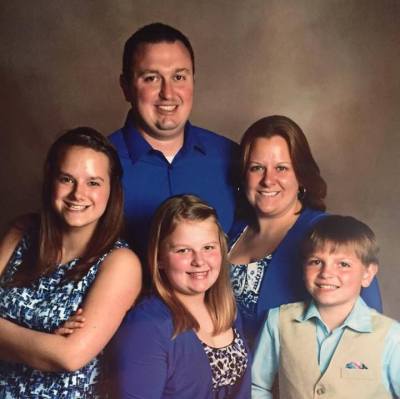 Kristen is the oldest daughter of Richard & Kym Owen. She is a 2002 graduate of Wawasee High School and attended Goshen College. She is a stay at home mom and a Director with the Pampered Chef and enjoys consulting for cooking & entertaining needs.

C.J. is a 2001 graduate of Concord High School. He graduated from Vincennes University with an Associates Degree in Horticulture Technologies. He also graduated from Purdue University in December 2012 with a BA in Turf Science along with a minor in Agriculture & Food Business Management. 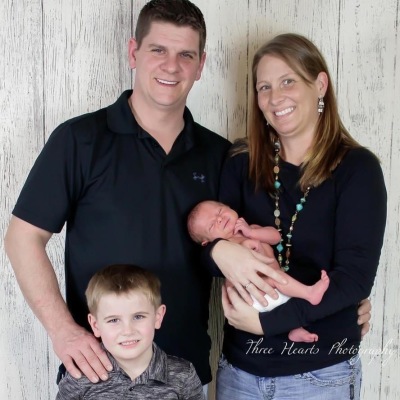 Alex is the son of Richard & Kym Owen. He is a 2005 graduate of Wawasee High School. He is employed full time at Forest River RV in Goshen.

Autumn (Faulkner) Owen is a 2006 graduate of Bethel Christian Acadamy. She is employed at Forest River RV.

They were married in September 2007 and assist at the funeral home when needed.  They have 2 sons, Korbin & Konrad.

Don Curry
Don is a 1980 graduate of Wawasee High School. He and his wife, Amy, were married 1983, and have three children, Jeremy, Laura, & Katie & seven grandchildren. Don assists with removals, parking, and funerals.

Hinke "Henny" Butt
Henny is a wife, mother, and grandmother. She and her husband, Burton, are co-owners of Butt and Timmons Construction. They are members of the North Webster Church of God and the Gideons International. They have four children and several grandchildren. Henny also cleans homes part time.

Bobi Doll
Bobi is a wife, mother, and grandmother. She and her husband, Dave, have lived and worked in Milford since they married in 1978. Bobi owns and operates Bobi's Shear Success Beauty and Tanning Salon in Milford.  She is a part-time greeter and hairdresser for the funeral homes. They have two children and two grandchild